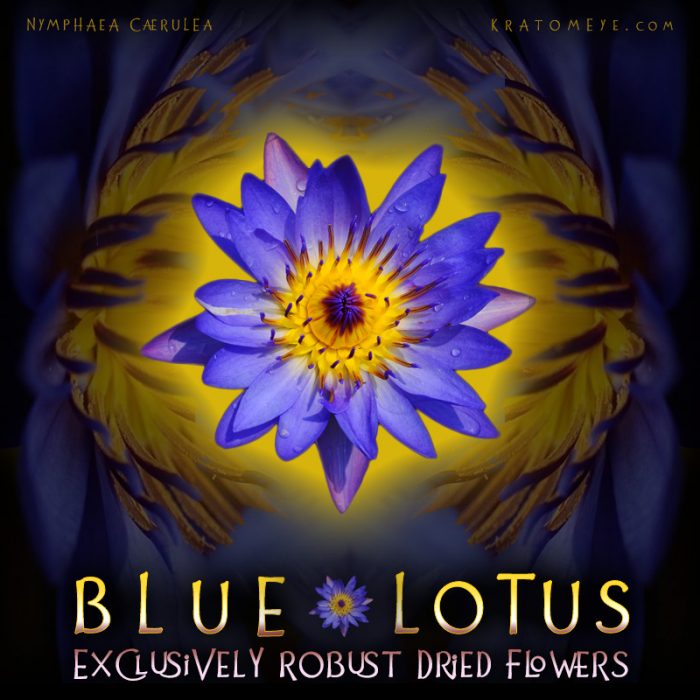 The most potent Blue Lotus Dried Flower aromas! This is the same flower that the Ancient Egyptians soaked in wine for 24 – 48 hours before offering it at their festivals, religious events & parties. Read full details below in the Description tab…

After extensive research, we found the best source for Blue Lotus Dried Flowers! This source exceeded our expectations of how powerful this plant could be and we are proud to share this with our customers. Some people report an aphrodisiac quality and others see it as a tool for lucid dreaming.

Blue Lotus Wine: This is the same flower that the Ancient Egyptians soaked in wine for 24 – 48 hours after grinding it into a powder. This concoction was then offered at their festivals, religious events & parties.

Blue Lotus Liquor: It has been stated that the aforementioned process has also been conducted using liquor of at least 40% alcohol content. Others have used grain alcohol for a quicker and/or more extensive extraction.

Blue Lotus Smoked or Vaporized: Some have smoked or vaped the dried flowers of the blue lotus for it’s calmative, sleep-inducing qualities. Some like to blend this with their other favorite smoking herbs & flowers to inspired a boosted symbiotic state.

Aromatherapy: The Blue Lotus has  also been used as an aromatherapy agent and as a source of perfumes since ancient times. The aroma of this flower is quite unique after steeping in alcohol.

The Blue Lotus has been known & used for thousands of years by civilizations such as (& most notably) the Ancient Egyptians. It’s originally believed to come from the Nile from where it spread in ancient times to India & Thailand. Quite a few stone carvings reveal that the Ancient Egyptians used blue lotus in combination with wine in their festivities and religious ceremonies. There is good evidence that this flower is highly likely to be the main candidate in Homer’s Odyssey (referring to ‘The Land of the Lotus…‘). The Mayans were also said to be fond of it.

Blue Lotus Flowers (Nymphaea Caerulea) bloom from exotic waters, such as the Nile in Egypt,  once a year for only three days, making them extremely rare. In Ancient Egyptian culture, they were deeply connected to the sun god Ra and were seen as the hieroglyph for life, everlasting life, and resurrection in ancient Egypt.

This aquatic flower grows in freshwater lakes, rivers, pools, and ponds and is endemic to the eastern half of Africa, as well as parts of southern Arabia, but has spread to other parts of the world as an ornamental plant for decoration.

Blue Lotus is known by (or referred to) by many different names, including Egyptian Blue Lotus, Blue Water Lily, Cape Water Lily, Blue Lotus of the Nile & more…however, some of these refer to different varieties other than the authentic (and superior) Nymphaea Caerulea that we offer.

Ancient papyri and tomb walls contain images of the flower, which holds cultural significance. Historically, it was used as a folk remedy in Egypt to induce relaxation & sleep.

Blue Lotus Flower has historically been believed to elicit spiritual or religious insights. The two elements that are said to be the reason for these insights are nuciferine and apomorphine.Blue Lotus Flowers (Nymphaea Caerulea) contain antioxidants like flavonoids, quercetin, kaempferol, and myricetin that can slow or prevent damage from free radicals. 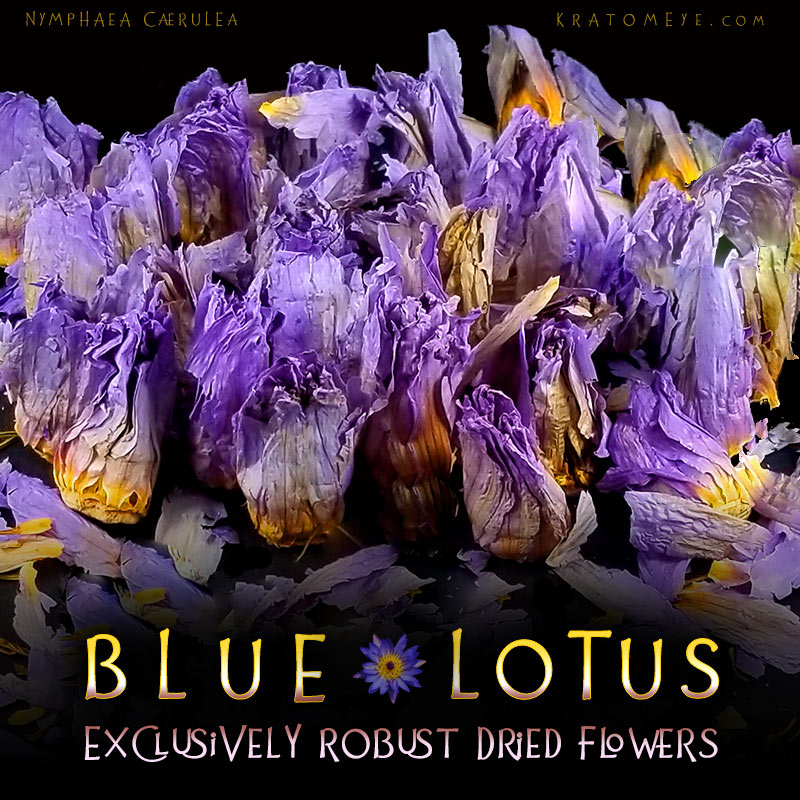